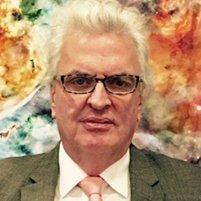 A stroke is a medical emergency and requires immediate treatment. Neurologist Michael Hutchinson, MD, PhD of New York Core Neuroscience in New York, New York, is an expert in the diagnosis, care, and management of acute stroke and its long-term effects.

What is a Stroke?

A stroke occurs when blood flow to the brain is impaired, or brain cells are damaged by the loss of tissue oxygenation and increased pressure. Brain cells start to die within a few minutes from lack of oxygen. Strokes may be ischemic (which is more common) or hemorrhagic. There is also a minor form of stroke called a transient ischemic attack (TIA). Ischemic strokes are caused by a blood clot in a brain artery, while a hemorrhagic stroke results from a bleeding artery in the brain. A TIA is like a temporary form of ischemic stroke, and damage is not permanent.

What Are the Symptoms of Stroke?

Stroke symptoms vary according to where the brain damage occurs. Patients may suddenly become unable to speak, see, or hear. Strokes may cause problems with movement and balance, such as in a patient dropping something, the inability to move an extremity, or falling. Visual changes like blurred vision or slurred speech may be the first sign of a stroke. Some patients complain of a headache. In a severe stroke, paralysis may occur.

How Does a Stroke Affect the Brain?

An ischemic stroke results in brain cell death from oxygen starvation, while a hemorrhagic stroke can damage or destroy brain cells because of increased pressure. The effects differ depending on the area of the brain where the stroke occurs and the amount of damage. The brain functions contralaterally – the left side of the brain controls the right side of the body and vice versa. Right-sided strokes can result in vision problems, while left-sided strokes can cause speech difficulties. Either can affect memory and emotions.

How Are Strokes Treated?

Ischemic strokes are treated with a medication called tissue plasminogen activator (tPA), to dissolve the clot. It must be given in the first three or four hours after a stroke to be effective, so immediate treatment of a stroke is critical. Surgery may also be used to remove the blood clot or to open a blocked artery. Hemorrhagic strokes are also treated with surgery to repair a bleeding blood vessel or remove the clot that develops and presses on brain cells.